The traditional Okwanuchu language area is at the head of the Sacramento River and to the east, on the upper McCloud River. Our only information about this language comes from fewer than 100 words recorded early in the 20th century. 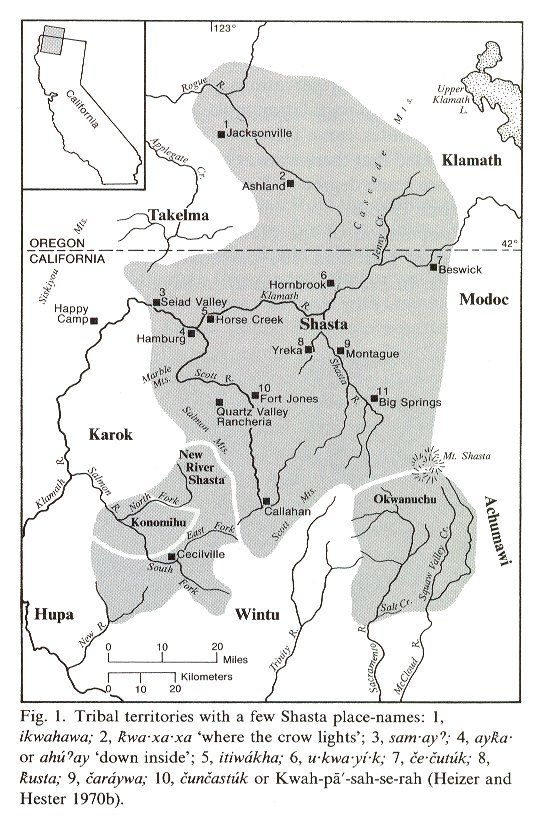