The traditional area of the very closely related Mattole and Bear River varieties of California Dene (Athabaskan) is along the lower Mattole River and its tributaries in present-day Humboldt County, and along the Bear River (Elsasser 1978). In pre-contact times, there were approximately 2,500 speakers of Mattole and Bear River combined (Baumhoff 1958). As far as is known, there are no first-language speakers of either variety remaining in the 21st century (Golla 2011). 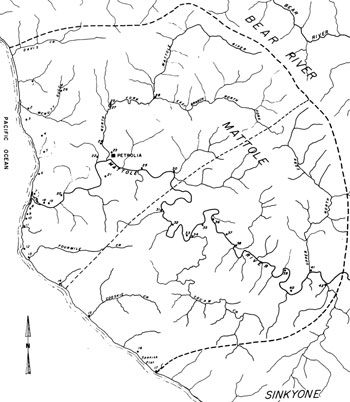