The traditional Northern Pomo language area is from the Russian River northwest of Clear Lake to the Pacific coast. There were several subgroups, centering around settlements at Sherwood Valley, Outlet Creek in the Willits and Little Lake area, Redwood Valley, Potter Valley, and Coyote Valley (now flooded to form Lake Mendocino). In pre-contact times, the Pomoan languages together probably had around 8,000 speakers (Kroeber 1925). In 2001, there was only one known first-language speaker of Northern Pomo (Golla 2011). However, tribal members and language activists have been pursuing language revitalization and reclamation. 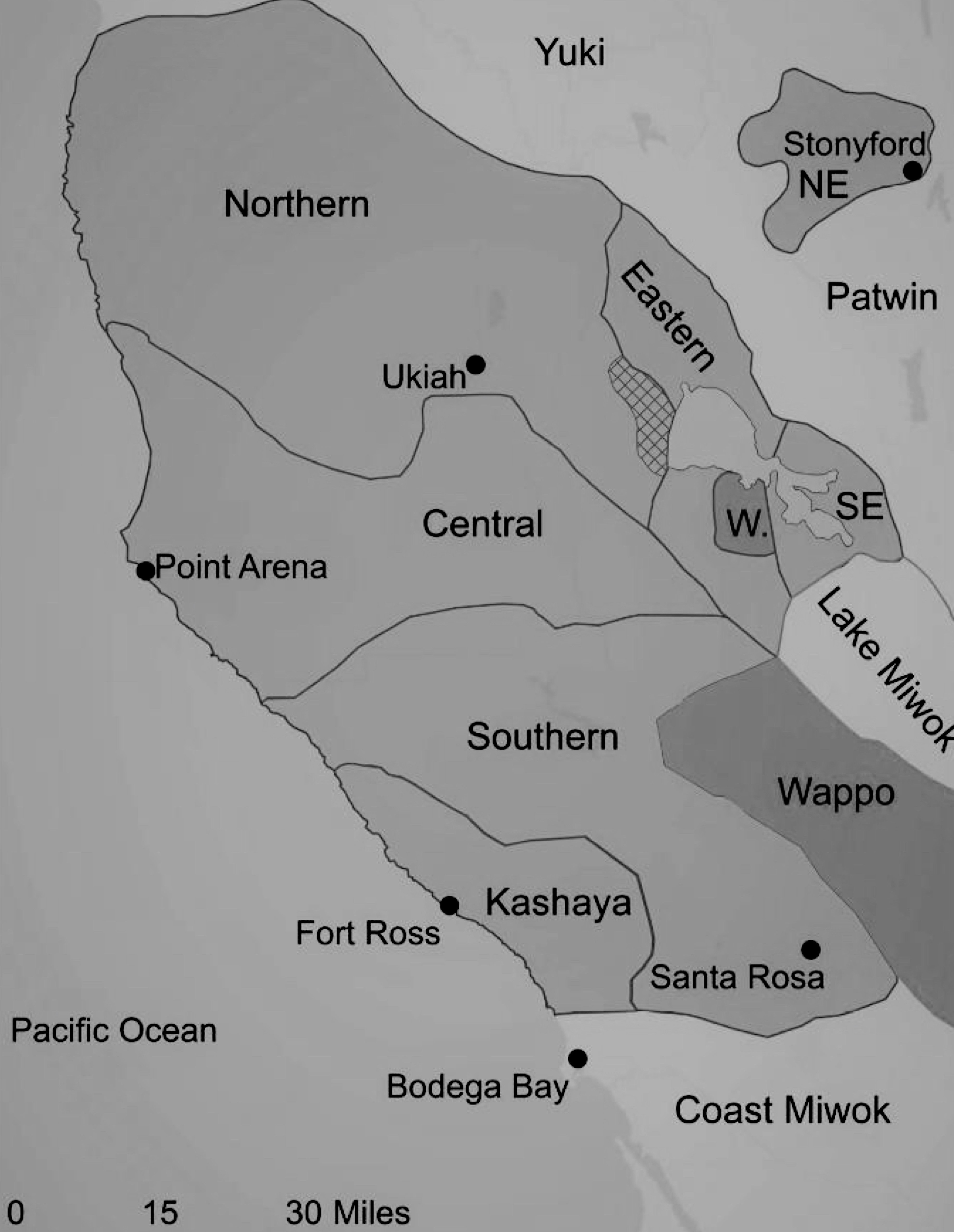